34] Finally, even though the violation of a vow might be censured, yet it seems not forthwith to follow that the marriages of such persons must be dissolved. 35] For Augustine denies that they ought to be dissolved (XXVII. Quaest. I, Cap. Nuptiarum), and his authority is not lightly to be esteemed, although other men afterwards thought otherwise.

36] But although it appears that God’s command concerning marriage delivers very many from their vows, yet our teachers introduce also another argument concerning vows to show that they are void. For every service of God, ordained and chosen of men without the commandment of God to merit justification and grace, is wicked, as Christ says Matt. 15:9: 37]In vain do they worship Me with the commandments of men. And Paul teaches everywhere that righteousness is not to be sought from our own observances and acts of worship, devised by men, but that it comes by faith to those who believe that they are received by God into grace for Christ’s sake.

38] But it is evident that monks have taught that services of man’s making satisfy for sins and merit grace and justification. What else is this than to detract from the glory of Christ and to obscure and deny the righteousness of faith? 39] It follows, therefore, that the vows thus commonly taken have been wicked services, and, consequently, are void. 40] For a wicked vow, taken against the commandment of God, is not valid; for (as the Canon says) no vow ought to bind men to wickedness.

41] Paul says, Gal. 5:4: Christ is become of no effect unto you, whosoever of you are justified by the Law, ye are fallen from grace. 42] To those, therefore, who want to be justified by their vows Christ is made of no effect, and they fall from grace. 43] For also these who ascribe justification to vows ascribe to their own works that which properly belongs to the glory of Christ.

44] Nor can it be denied, indeed, that the monks have taught that, by their vows and observances, they were justified, and merited forgiveness of sins, yea, they invented still greater absurdities, saying 45] that they could give others a share in their works. If any one should be inclined to enlarge on these things with evil intent, how many things could he bring together whereof even the monks are now ashamed! 46] Over and above this, they persuaded men that services of man’s making were a state of Christian perfection. 47] And is not this assigning justification to works? 48] It is no light offense in the Church to set forth to the people a service devised by men, without the commandment of God, and to teach that such service justifies men. For the righteousness of faith, which chiefly ought to be taught in the Church, is obscured when these wonderful angelic forms of worship, with their show of poverty, humility, and celibacy, are cast before the eyes of men.

49] Furthermore, the precepts of God and the true service of God are obscured when men hear that only monks are in a state of perfection. For Christian perfection is to fear God from the heart, and yet to conceive great faith, and to trust that for Christ’s sake we have a God who has been reconciled, to ask of God, and assuredly to expect His aid in all things that, according to our calling, are to be done; and meanwhile, to be diligent in outward good works, 50] and to serve our calling. In these things consist the true perfection and the true service of God. It does not consist in celibacy, or in begging, or in vile apparel. 51] But the people conceive many pernicious opinions from the false commendations of monastic life. 52] They hear celibacy praised above measure; therefore they lead their married life with offense to their consciences. 53] They hear that only beggars are perfect; therefore they keep their possessions and do business with offense to their consciences. 54] They hear that it is an evangelical counsel not to seek revenge; therefore some in private life are not afraid to take revenge, for they hear that it is but a counsel, and 55] not a commandment. Others judge that the Christian cannot properly hold a civil office or be a magistrate.

56] There are on record examples of men who, forsaking marriage and the administration of the Commonwealth, have hid themselves in monasteries. This 57] they called fleeing from the world, and seeking a kind of life which would be more pleasing to God. Neither did they see that God ought to be served in those commandments which He Himself has given and not in commandments 58] devised by men. A good and perfect kind of life is that which has for it the commandment of God. 59] It is necessary to admonish men of these things.

60] And before these times, Gerson rebukes this error of the monks concerning perfection, and testifies that in his day it was a new saying that the monastic life is a state of perfection.

61] So many wicked opinions are inherent in the vows, namely, that they justify, that they constitute Christian perfection, that they keep the counsels and commandments, that they have works of supererogation. All these things, since they are false and empty, make vows null and void. 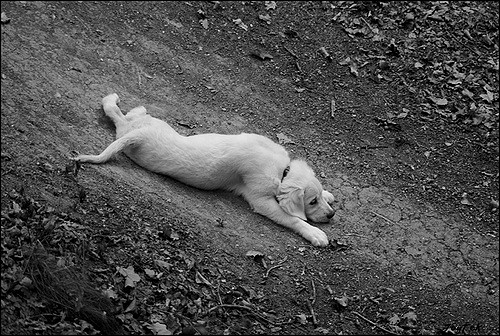 Old Adam is Lazy but Adiaphora is No Excuse