“Everyone around me thinks my husband is a really good guy. He’s active in church and everyone likes him. I don’t think anyone would believe me if I told them that he isn’t charming and nice at home, and that when he’s really angry at me he hits me. How can I honor my marriage and my husband when it’s so far from the picture painted in church? Where can I go for help when it seems like everyone would be on his side?”

And I understand the seemingly impossible position you’re in. There isn’t much information to go by in this brief note, but I’d be remiss if I didn’t say that I’m seeing a couple of important red flags that indicate there’s a strong possibility you are being abused by your husband.

The ideal picture of marriage in church is not the smiling couple in their neatly-pressed, coordinating outfits, sharing a hymnal, and holding hands or otherwise somehow always touching each other through the service. The ideal marriage for Christians is that of The Bridegroom and the Bride, Christ and the Church. This is the marriage that Scripture says husbands and wives in earthly marriages should strive to emulate. Husbands loving their wives as Christ loved the church; seeing her only as holy and perfect, without not a spot or wrinkle to be found; giving His life for her. Wives submitting to their husbands as the Church submits to Christ; trusting their husbands to, well, love them as Christ loves His Bride. On the one hand, it’s an impossible ideal that we only know exists by faith. On the other hand, it’s the faith-full reality that exists for all Christians who make up that Bride and are loved by Christ.

Before I point out the red flags, let’s also get on the same page about what constitutes abuse. Abuse is not simply getting angry and hurling insults or even physically attacking someone. Those can just be the heat-of-the-moment behaviors of someone with poor conflict management skills. Both parties in a relationship can fall prey to these kinds of really bad habits. It’s unhealthy, but it’s not necessarily abuse. Abuse is “a learned and chosen pattern of hurtful behavior used to gain and maintain power and control over an intimate partner.”

What makes abuse abusive is that one person uses intimidation to coerce or manipulate another person into doing what he (or she) wants. It’s not just a scary, heat-of-the-moment outburst, but a lesson is supposed to be learned from it: you must change what you do so your partner doesn’t do that again. Or else. Just do what you’re supposed to — what you have to — so no one (namely you) gets hurt. I know that’s not as clear-cut of a definition for abuse as “regularly getting the tar beat out of you,” but that’s also why so people don’t realize when abuse going on right under their noses…or sometimes even to themselves.

“Everyone around me thinks my husband is a really good guy. He’s active in church and everyone likes him. I don’t think anyone would believe me if I told them…”

Fear of not being believed is very isolating. Sadly, this makes it easier for the abuse to continue. Abusers can isolate victims by being openly manipulative, actively discrediting a victim’s reliability and emotional/mental state to other people. Or it can be more subtle, by just publicly being the best “really good guy” as possible so no one would ever suspect he pulls a Jeckyll and Hyde-esque switcheroo once he’s at home. This isolation works because even if a victim worked up the courage to confide in someone, there’s a good chance they won’t believe it. So the secret is kept, and the abuse continues.

Abusers aren’t always mean and scary people. They can be quite charming and well-respected, even the life of the party. People who go around being abusive all the time to everyone don’t make many friends or get very far in life.

And, contrary to popular belief, abusers don’t abuse because they’re angry. They get angry in all sorts of daily situations and don’t haul off and hit whoever they’re mad at. That’s saved for one person: someone no one else will see them hit or hear them humiliate, who won’t tell others that it’s happening, and who will apologize for making them mad in the first place — even when it wasn’t their fault.

(Disclaimer: Yes, people lie. Sometimes people claim that they’re being abused when they’re not, they’re the ones who are manipulating the situation. If that’s truly the case, it’ll come to light pretty quickly. If someone comes to you for help, it’s actually dangerous to a victim to investigate the claims or confront a potential abuser.)

“…that he isn’t charming and nice at home, and that when he’s really angry at me he hits me”

I don’t want to put words in your mouth, but if things are to the point that he hits you, I suspect that it’s a major understatement for you to say, “…he isn’t charming and nice at home.”

Many people believe that abuse is only physical violence, everything else is just psychological mumbo-jumbo. Frankly, that kind of thinking condones and perpetuates abuse. Often, it’s not necessary for anyone to get beat up or hit, even once. Sometimes a convincing threat of physical violence will be all that’s needed for an abuser to gain control over the other person. Or punching inanimate objects. Or throwing things. Maybe just a shove. Often, merely using a hurtful insult or degrading name will do the trick and the victim will get back in line, where they belong. Cuts, broken bones, and bruises actually heal pretty quickly, but the psychological and emotional toll of abuse can last for years, even a lifetime.

You note that he hits you “when he’s really angry.” I think you realize, at some level, that’s not ok for him to do. Did you know that it’s actually illegal? Physically harming someone, even threatening to do so, is called “assault.” People get arrested and go to prison for that kind of behavior.

No matter what you’ve done, you don’t deserve to be struck, threatened, or insulted. Your home and your marriage is supposed to be a place of safety for you. If it is not, you may need to consider fleeing to another location for a while (your family, friends, even a shelter) to escape the situation and heal a bit from the damage that has already taken place, so that you can work on the problems in your marriage with a clear mind.

“How can I honor my marriage and my husband when it’s so far from the picture painted in church?”

I’ll let you in on a secret: No one’s marriage is really like the picture painted in church, no matter how idyllic they appear for an hour or so on Sunday mornings. If your husband is abusing you, you do not honor him or your marriage by keeping it a secret.

However, if this is the dynamic of your relationship, you’re going to need help in reconciling things so you can have a chance at a healthy marriage in the future. If the relationship is abusive, you’ll each need help in dealing with your own issues — separately. Neither of you can work on improving your marriage while abuse is going on. So you’ll need help to become healthier individuals so that you can come together again and work on your relationship. This may mean some time apart, more likely measured in months rather than days or even weeks.

That’s how you honor your marriage and your husband.

“Where can I go for help when it seems like everyone would be on his side?”

Maybe start by talking to your closest friends and your family. They’re the ones with the vocations to love and care for you. Your pastor is also a good person to seek help from. There’s a lot of spiritual care he can provide for you, and your husband. Separately. (The LCMS Task Force on Domestic Violence and Child Abuse has some helpful resources available.) There are lots of secular resources you can contact too, just Google “domestic abuse” and your city or county, or call the National Domestic Violence Hotline at 800-799-SAFE (7233). (If you’re in an abusive relationship, make sure you do your internet searches and phone calling from a safe place or at someone else’s house or the library so that your browser/calling history cannot be traced.)

Speaking up, telling someone, saying “this is happening to me” is often the first step in ending abuse. It is incredibly frustrating and discouraging to trust someone with this dark secret and for them to not believe you, or to suggest that maybe the abuse really is justified because of something you did or didn’t do. If the first person you seek out doesn’t believe you, try again (and again, and again) until someone does.

You don’t have to simply put up with being treated like this, and you don’t have to face it alone. There is help for you. Even when our earthly marriages are far from the the ultimate relationship between Christ and the Church, that that is still your reality. You are part of Christ’s beautiful Bride. The Bridegroom has died for you and forgives all your sins. As far as He is concerned, you as holy and sinless, how could there ever be anything bad to say about you? You’re perfect in Him, washed clean by the water and the Word of your Baptism. 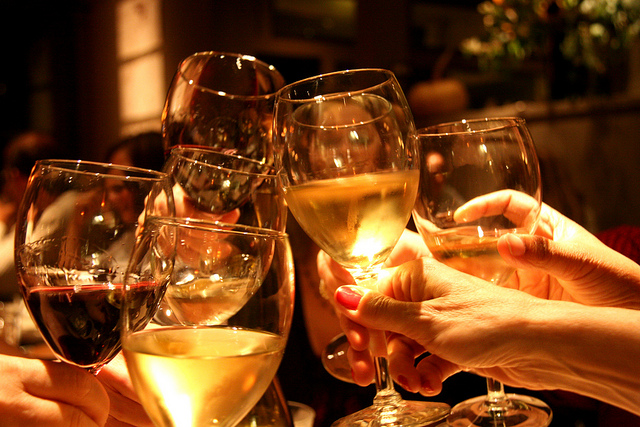 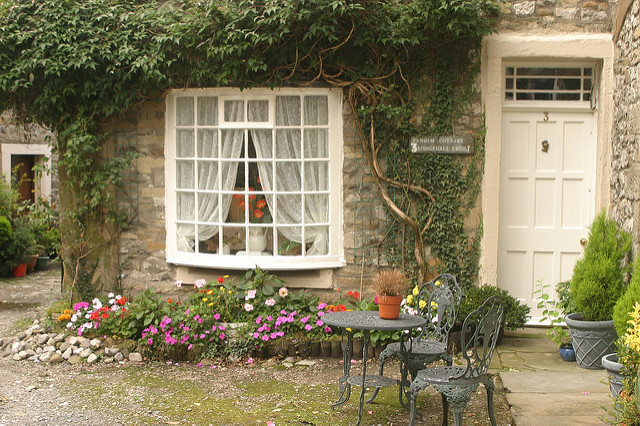 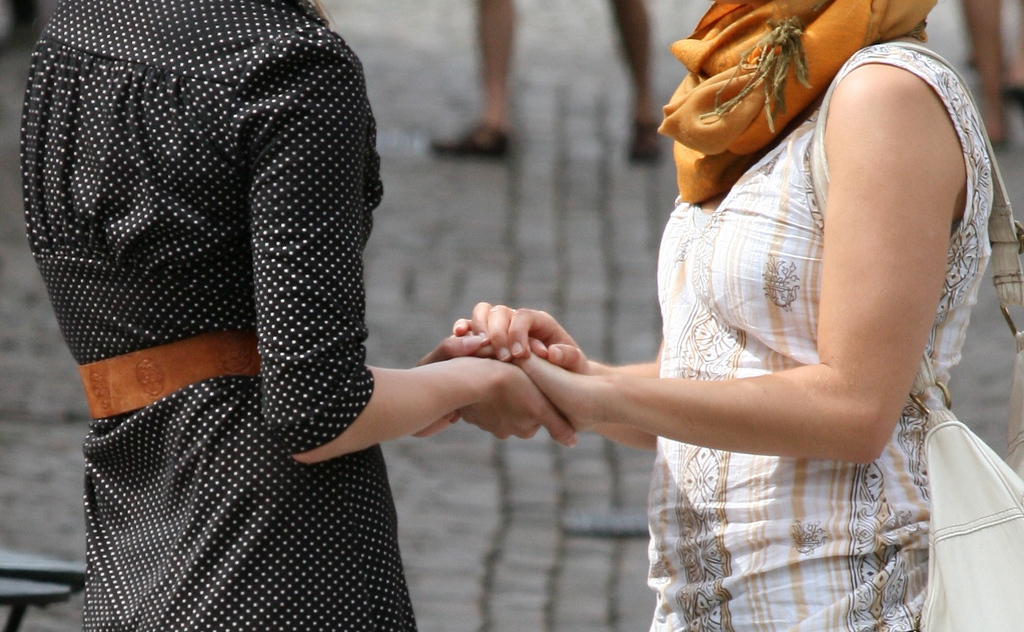 When Christian Love Needs to be Tough