1] This office [of the Law] the New Testament retains and urges, as St. Paul, Rom. 1:18 does, saying: The wrath of God is revealed from heaven against all ungodliness and unrighteousness of men. Again, Rom 3:19: All the world is guilty before God. No man is righteous before Him. And Christ says, John 16:8: The Holy Ghost will reprove the world of sin.

2] This, then, is the thunderbolt of God by which He strikes in a heap [hurls to the ground] both manifest sinners and false saints [hypocrites], and suffers no one to be in the right [declares no one righteous], but drives them all together to terror and despair. This is the hammer, as Jeremiah 23:29 says: Is not My Word like a hammer that breaketh the rock in pieces? This is not activa contritio or manufactured repentance, but passiva contritio [torture of conscience], true sorrow of heart, suffering and sensation of death.

3] This, then, is what it means to begin true repentance; and here man must hear such a sentence as this: You are all of no account, whether you be manifest sinners or saints [in your own opinion]; you all must become different and do otherwise than you now are and are doing [no matter what sort of people you are], whether you are as great, wise, powerful, and holy as you may. Here no one is [righteous, holy], godly, etc.

4] But to this office the New Testament immediately adds the consolatory promise of grace through the Gospel, which must be believed, as Christ declares, Mark 1:15: Repent and believe the Gospel, i.e., become different and do otherwise, and believe My promise. And John, preceding Him, is called a preacher of repentance, however, for the remission of sins, i.e., John was to accuse all, and convict them of being sinners, that they might know what they were before God, and might acknowledge that they were lost men, and might thus be prepared for the Lord, to receive grace, and to expect and accept from Him the remission of sins. Thus also Christ Himself says, Luke 24:47: 6] Repentance and remission of sins must be preached in My name among all nations.

7] But whenever the Law alone, without the Gospel being added exercises this its office there is [nothing else than] death and hell, and man must despair, like Saul and Judas; as St. Paul, Rom. 7:10, says: Through sin the Law killeth. 8] On the other hand, the Gospel brings consolation and remission not only in one way, but through the word and Sacraments, and the like, as we shall hear afterward in order that [thus] there is with the Lord plenteous redemption, as Ps. 130:7 says against the dreadful captivity of sin.

9] However, we must now contrast the false repentance of the sophists with true repentance, in order that both may be the better understood. 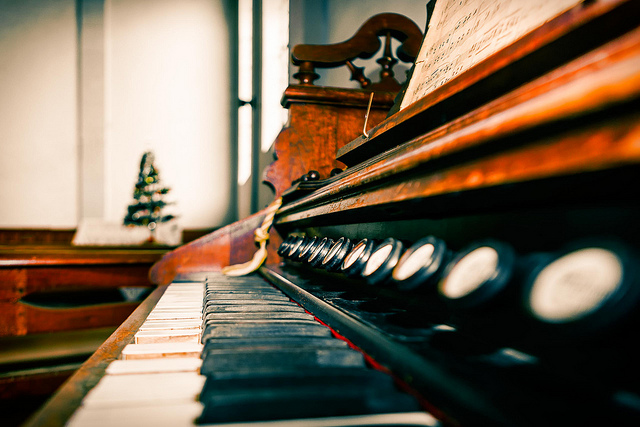 Teaching Children with the Hymnody